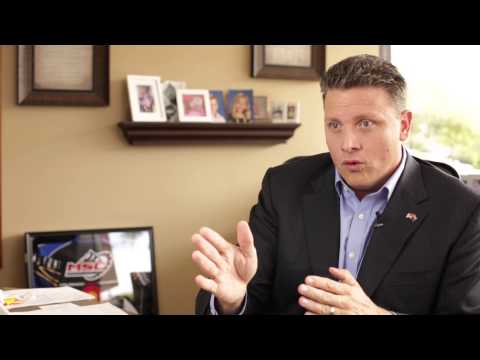 Last week reports started surfacing about Arizona republicans forming a committee to study the effects of barring indipendants from their primaries. Nothing is official yet, but before the GOP make such a bold decision, it’s very important that they consider all the ramifications. Independents have become the largest voting bloc in the state, which is a good and bad thing for republicans. But it’s also a good and bad thing for democrats. If republicans can’t manage this double-edged sword without cutting themselves, then they don’t deserve to get the independent vote in the first place.

The “problem” is independents are allowed to vote in either primary (democrat or republican) and many conservatives are worried that allowing independents to do so will hurt their platform. Essentially what they’re saying is they’re worried about the more open-minded voter “diluting” the hardcore republican candidate pool. But have any of these conservatives stopped to consider that this may be what they need? Look at Mitt Romney. He actually had a good chance of winning the White House until his fellow party members convinced him to adopt a far more conservative image.

If Arizona republicans decide it is a good idea to bar independents, it will only serve to hurt them in the long run. But it seems they haven’t put too much thought into it. Arizona GOP Communications Director Tim Sifert said in a phone interview, “No work will be done [on the committee] untill after November 4th. We’re focused right now on winning the election.”

And what about the democrats? What’s their take on this? I know independents can just as easily insert more conservative-minded candidates into democratic elections if they choose to go with blue primaries, but are the Dems just as afraid of this diluting their base as republicans are? According to Arizona Democratic Executive Director DJ Quinlan, “I think in an age where independents are the largest voting bloc in Arizona, for one of the major political parties to block them from their primaries is absolutely ludicrous. It sends the wrong signal to independents and taxpayers, since primaries are publicly funded. We have to come to terms with how we are going to engage citizens and voters, and you certainly don’t do that by excluding people.”

Quinlan went on to say that as far as the republican’s authority to exclude independents from their primaries is concerned, there is a legal precedent. “In 2013 the Libertarian party was able to limit their primaries to libertarian voters,” he said. But he was quick to add, “There is no one kind of independent, and we [democrats] welcome them to vote in our primaries.”

If we take a step back and look at the bigger picture, this isn’t just about protecting the republican base in Arizona. This is about the right to free speech and the representation of an entire group of people. What right do the republicans (or any group, for that matter) have to prevent people from voting in party primaries? It’s the right of every American to vote for who they want to represent them, whether it be in a general or primary election. Denying them that right for any reason other than being a convicted felon is a violation of the First Amendment and the Constitution in general.

Take the poll below to weigh in on the issue!